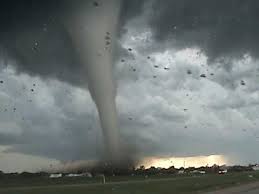 “Today there is a high chance that the slow moving system building off the coast will cross land, leaving a trail of destruction in it’s wake. Along with damage to property, showers are also possible.”

This weather forecast may be from the morning news, it may also describe a day in our house with our toddler.

I don’t know about your toddlers, but our youngest little guy is what we refer to as “the human tornado”.

He can be happily playing, everything is calm, then the next thing, he gets up, tears through the house leaving a trail of destruction in his wake, toys strewn all over the floor. Only to then a few minutes later, go back to playing quietly.

There is very little warning. It lasts only a few minutes, but he can make a lot of mess in that short amount of time.

Which made me realise how much toddlers are like weather systems.

The weather man/woman on the television will give you the daily updates and forecast for the week. You know if a particular weather system is being predicted and you can plan accordingly. Some systems will slowly build, gaining momentum and strength, but providing you with time to batten down the hatches to ride the storm out. Others, like tornadoes, will suddenly appear with little warning, causing massive amounts of damages and disappearing as quickly as they appeared.

This is exactly the case in our house with our toddler.

We can get a gauge on the behaviour forecast in the morning, often depending on how he’s slept during the night.

Are we going to get the equivalent of a blue sky sunshine day? Or does it look like showers are forecast, or even a storm? 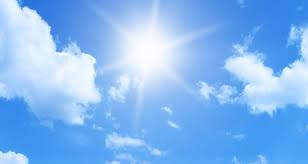 Much like actual bad weather being predicted, you can plan accordingly for storms with toddlers. Our little guy practically has it written all over his face.

“I’m in a foul mood and I’m going to stomp around the house yelling and throwing stuff for no apparent reason. I don’t want to eat that, despite it being my favourite yesterday”

You have a plan of things to do to entertain and distract them. Books, blocks, exploring, a walk in the pram. Sometimes this works, sometimes it doesn’t!

Much like a storm that swoops in with little to no warning, our toddler can suddenly become the human tornado and “lose his biscuits”, as a friend of mine likes to say. He’ll get up and run to the cupboard where we keep the plastic containers, and pull everything out as fast as he can. Lids and bases are thrown across the room. Then just as fast, he’ll run to the playroom and tip all the blocks out of the bag and throw them. Books are pulled off shelves, soft toys strewn throughout the house, and then he’ll run up to me, put his arms up for a hug and snuggle in. Like nothing happened. In the meantime, I’m looking around the mess that now surrounds me, wondering to myself, “what the hell just happened here?!”

There is no toddler version of a barometric device available to tell me when this is going to occur. Maybe when scientists can accurately predict when tornadoes are going to strike and provide residents with fair warning, they can somehow design something that can assist parents in knowing when a toddler tornado is going to strike too.

I have gotten better at predicting the possibility of when a storm is going to occur at mealtimes. Our toddler is strong-willed (if you hadn’t guessed that already) and when he wants to do something, he wants to do it right then. No waiting. No delays. So when he’s in his high chair at the table and he signs that he wants to get down, I have less than two seconds to quickly remove his plate and any food from his high chair tray. If I don’t, he starts swinging his arms back and forth and everything is scattered off the tray. All over the floor. The dogs think this is awesome. I do not.

This is usually also accompanied by him yelling and him trying to rock the high chair. Dinner times sound like fun in our house, right? This is why we don’t have people over for dinner! Between this and our six year old whinging about not wanting to eat vegetables, it is surprising that my husband and I haven’t completely lost our minds…

But once he’s down from his high chair, its all blue skies and sunshine again. The storm has passed.

Fingers crossed tomorrow is a day full of sunshine, and no storms.

Do you have toddler tornadoes in your home?

Make sure you’re following Life, kids and a glass of red on Facebook for extra giggles and snippets of silliness!

50 thoughts on “Why toddlers are like a weather system”